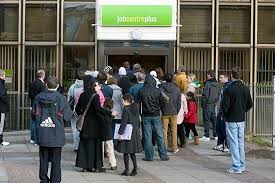 There are many known unknowns about what Brexit will look like and one of the most complex areas must be the change to our laws which have been fundamentally influenced and moulded by forty one years of EU Regulation. Commentators have identified a number of possible areas for reform but the ones which will have the most impact are:

These regulations are almost universally unpopular with employers both in principle and in practice due to compliance costs. The long running saga around holiday pay while sick and including overtime and commission in holiday pay militate against retaining these rules.  And in both cases a Conservative Government would most probably abolish them and leave it to the market economy to dictate entitlements. So hands up who voted to lose their holiday pay entitlements and to work more than 48 hours a week?

This is an area where changes could be made, the most probable being either to the threshold numbers of redundancies (currently 20 or greater, and 100 or greater) triggering collective consultation and/or the applicable time frame (currently 90 days over which the redundancies are made).  Theoretically it could be abolished altogether but with a renewed emphasis on keeping individuals in work rather than on benefits, it is likely that this will remain in some form although this could mean much shorter consultation periods for large scale redundancies.