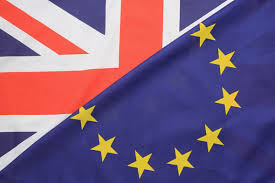 At Hope for Europe we generally try to stick to facts that can be evidenced – plus opinion pieces from reputable papers and journals.  This time I’m going to take you on a flight of fancy.

Just supposing on 31st March 2019 we leave the EU with no agreement and no trade deals with other countries – we fall back on World Trade Organisation rules.  What would this mean?

On this fateful day every lorry that currently passes unhindered from Dover to Calais would be stopped and its paperwork examined.  Worse than this samples of the goods that it is carrying will have to be taken and assessed, the information on the packaging will have to be reviewed, its environmental impact will have to be assessed. This will take several days.  Trust me it will take days, I have worked at the port in Felixstowe – samples of, for example, rice from the far East are tested, paperwork checked and so on– all very efficiently and thoroughly and it takes may man hours. So just imagine the bottleneck at Calais!

Some good, meat , salmon & eggs as an example, are only allowed into the EU via designated inspection posts. There are now very few of these because we have unfettered trade with Europe.  So the salmon is starting to stink, rapidly followed by the meat and then the eggs.

Of course the EU has agreements with other countries – Japan, New Zealand, US, China, Canada and so on. But in our flight of fancy Britain has not been able to replicate these – after all Trump has put America First as he promised and has no need of British goods.  So all the shipments heading to these places are stopped at Customs where regulatory checks take place.

The backlog builds up and goods coming into the country are also affected – both by the stacking of lorries and ships and by inspection regimes and tariff administration.

Meanwhile some of our key industries are hit. The British aerospace industry is the second largest in the world. Tarifs are applied not just to the finished product but also on the components being shipped from Europe to the UK. Costs rocket. Price of the goods rocket. Share prices plummet.Workers in Yoevil, Britol, Stevenage and Portsmouth are laid off.

Check back for further updates as the negotiations progress.