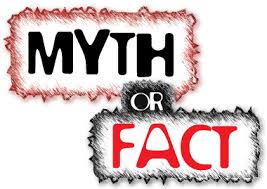 The European Parliament wants the creation of an EU army, to be paid for by the British taxpayer.

The true story is that MEPs voted on a non-binding resolution on the “Defence” part of the Common Security and Defence Policy agreed ages ago by all member states (including the UK) in the Lisbon Treaty.

The resolution stressed that Nato must continue to be the backbone of collective defence in Europe and that any Defence Union must be agreed to by all EU countries.

So, this is about pooling resources and joint defence procurement, rather than about setting up a European army. And something that doesn’t exist, doesn’t need to be paid for, not by UK taxpayers.

“The EU accounts have never been signed off”

Not true. There is a persistent myth (reliably recycled every year by UK newspapers) that the European Court of Auditors has refused to sign off the EU’s accounts, but this is entirely false.

According to the European Court of Auditors, around 0.2% of the EU budget may have been subject to fraud. Any amount of possible fraud is unacceptable and needs challenging. But it’s worth noting that the figure of 0.2% is much lower than most national budgets

Britain has too many immigrants

If you’ve read this far you probably know that we need immigrants. Here’s some forecasts from consultancy firm Mercer

“Businesses face an unprecedented labour shortage. The impact of the UK’s ageing population on the UK economy and access to labour has been masked in recent years by positive net migration – until now”

Some future scenarios for the British labour market.

“No change to the government’s expectation that migration drops from the current 335,000 per year to 185,000 by 2020 and thereafter. In this scenario, the total population increases 5.5 million from 65.7 million in 2016 to 71.2 in 2030 with the workforce increasing by 1.7 million from 33.4 million to 35.1 million over the same period. While the least dramatic scenario, it’s worth noting that there are already skill shortages in many industries.”

“The workforce increases by 1 million workers from 33.4 million in 2016 to 34.4 million in 2030.  The overall population increases by 4.5 million from 65.7 million to 70.2 million meaning that fewer workers are supporting a larger population with related pressures placed on pensions and healthcare funding and compounding current skills shortages and demographic pressures.”

“This scenario envisages an outflow of EU-born and Non-EU born workers caused by an unwelcome social environment in the UK. This is combined with a net outflow of UK-born workers too (a group, which according to the Bank of England, historically have left the UK in higher numbers than return since records began in 1964). The UK’s working population shrinks by 700,000 to 32.6 million while the overall population increases by 2.3 million from 65.7 million to 70.2 million. The inability of certain sectors of the UK economy to fill roles could be dramatic.”