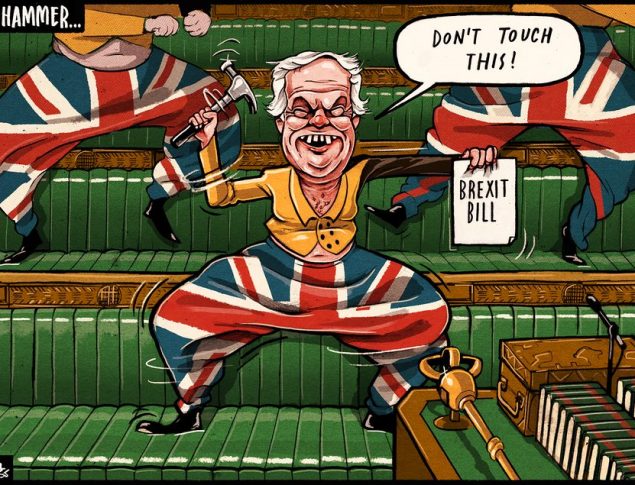 During the evidence session, with the committee shadowing his Department for Exiting the European Union, Mr Davis hinted no assessment of the Brexit options will be carried out, saying: “You don’t need a piece of paper with numbers on it to have an economic assessment.”

And he appeared to downgrade the Government’s pledge that the UK will enjoy the “same economic benefits” outside the EU, telling the MPs: “I was expressing an ambition.”

* Said it was “probably right” that holidaying Britons will lose EHIC cards, which provide free or subsidized healthcare across the EU, but added: “I have not looked at that one.”

* Admitted he did not know the implications of leaving with no deal on the transfer of personal data, which is crucial issue for the booming tech industry.

* Acknowledged UK producers of dairy and meat would face tariffs of up to 40 per cent under World Trade Organisation (WTO) rules – “the numbers in agriculture are high”.

* Described the argument that the UK could walk away without paying a penny to the EU, if no deal is reached, as “interesting” – “a very good start in this exercise”.

* Said he expected Northern Ireland would end up with a “very light border, not a hard border” with the Republic.

* Said he “assumed” the ‘Open Skies’ agreement – which has slashed airfares across the EU – will be lost, although he would fight for a successor.

* Confirmed financial services firms are poised to lose ‘passporting rights’ to trade in the EU, saying: “I would expect that to be the case, that’s an area of uncertainty.”