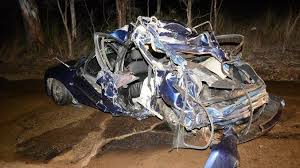 Why do we need a People’s Vote on Brexit?

I was speaking to a friend who voted to leave the EU.  He told me he thought the mess we are in now reminds him of a time he was sold a secondhand car.  What was meant to be a ‘nice, low mileage reliable runner’ turned out to be a ‘shunt job’: the car turned out to be two halves of two different vehicles that had been written off and welded together.  And the clock on the car had been turned back to show a low mileage.   He wished he’d got a mechanic to look over the vehicle before parting with his cash.

His point?  He thinks we need a People’s Vote now that we see the reality of the impact of various versions of Brexit compared with what was described in the referendum campaign.   He thinks our politicians cannot be relied upon to produce what is best for the country.

The latest voice to warn of the consequences of our actions is Mervyn King, ex Governor of the Bank of England and someone in favour of Brexit.  He said this week that:

“ …we are now being told that we have to accept a certain course of action (the Chequers Proposal) otherwise it would be catastrophic (No Deal) …..  it beggars belief that the sixth biggest economy in the world should get itself into that position.”.

It is time to bring in that mechanic to take a look at the Brexit car.  Is it a nice little runner or a shunt job?

It is time for a People’s Vote.

Dominic is a Professor in Business Economics and has over 25 years of international experience working with blue-chip companies around the globe. Dominic will be a regular contributor to the Hope For Europe blog so watch this space.