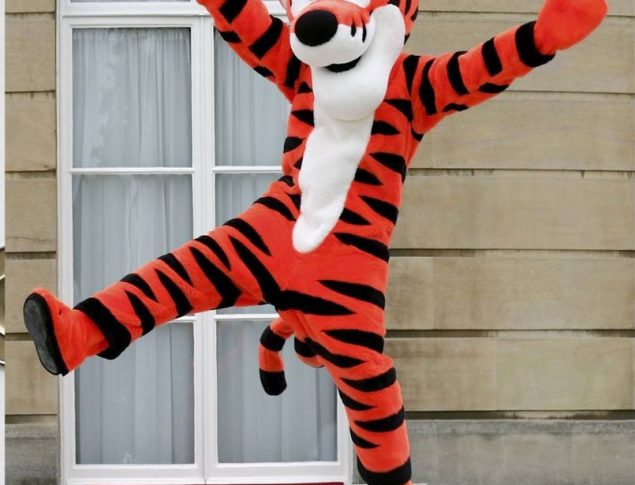 What would Tigger say?  Well, we heard what he would say when Jacob –  call me Brexit Tigger – Rees Mogg bounced and chortled before an audience of journalists this week to explain the benefits of a clean break Brexit.

The occasion was the launch of a report called ‘From Project Fear to Project Prosperity’ (you can find it here.) based on a paper written by his friendly economist chum Professor Patrick – the slasher – Minford.  Not a Winnie the Pooh character I know.  He is famous for telling Margaret Thatcher that the UK had no future in coal mining and steel making back in the 80s and we know where that ended but that is quite another story.  Wait till you hear what he thinks about farming and manufacturing  …..

So what did we learn from Tigger?

Well, the Brexit Tigger told us that if we leave the EU lock, stock and barrel it will be great because we can cut all tariffs on all goods straight away to make imports cheaper and to put more competitive pressure on business.  For example, the price of lamb, beef and chicken will fall dramatically as we will then import cheap food from the USA and elsewhere.

The issue the National Framers Union had picked up on in a report of their own is that most farms would struggle to survive under this scenario.   For example, the combined effects of less direct subsidies to landowners and lower protected prices for imports would mean a drop of over 50% in farm incomes.  Yes, 50%.  A Cardiff academic estimates some 25% would go bust and that employment will fall in the sector.   And even without these dramatic reductions in tariffs, a post Brexit will see the UK farming sector struggling to survive unless it can diversify.

But that is ok, as Slasher Minford tells us that the UK shouldn’t really see itself as an agricultural nation.  Much better to let them go to the wall and rely on imports for our food.  I am not joking.  That is what he thinks.  But isn’t farming the backbone of our nation?  Haven’t we tried to protect our farming heritage since the second word war exactly NOT to rely on imports?

Professor Minford also believes that our manufacturing industry is too inefficient and a dose of foreign competition would do it no harm.  In fact, previously he has gone as far as saying to a Parliamentary Committee that he thought that manufacturing (including automotive, aerospace, brewing and electronics) pharmaceutical) would quickly decline should we leave the EU.

The next day Michael Gove gave some hints about the future of farming under his watch.  Don’t you think he has something of the Piglet about him?  Always a little anxious about something as if, maybe, he’s worried someone might whip out a knife and turn him into some nice chops and a few pounds of sausages.

According to Michael, he plans to end direct farm payments from 2021: a year earlier than the commitment made by Hammond to keep them going until 2022.  From 2021 payments to farms will not be to do with land ownership but with what farmers do to the land in terms of looking after what we call public goods: that includes clean air, clean water and providing ease of access for people to the countryside.

Whether it is Tigger or Piglet in charge, farms and farmers will be very different in the future.   Unless they can diversify and ‘add value’ to what they do like dairy farmers opening ice cream businesses, many will go bust.  The question is just how many holiday lets, campsites and ice cream outlets can the market really support.

So that’s what Tigger would say.  And there is one more thing to say.  If you look at the Wikipage for Tigger you will discover that although he is always super optimistic, his antics often lead to chaos and trouble for himself and his friends.  He often undertakes tasks with gusto, only to later realize they were not as easy as he had originally imagined.  Ring a bell?

The mess that these characters are getting themselves and us into.  The damage they are knowingly about to wreak on our economy for the next 15 or more years with their plans.  We cannot let them decide what will happen.

That is why we need a People’s Vote on the final deal.  To take back our control of the process.

Dominic is a Professor in Business Economics and has over 25 years of international experience working with blue-chip companies around the globe. Dominic will be a regular contributor to the Hope For Europe blog so watch this space.