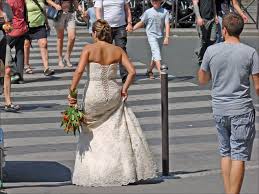 New proposals for divorce law announced last week could be applied to the UK’s process of leaving the EU given the logic of the reforms and the acrimonious state of Brexit negotiations.

“….. there’s been a growing coalition recognising that the animosity that is put into the system is not doing us any good…….

The fact that more and more voices have been saying it’s time to look at this again (suggests) … the time is certainly ripe to make this change.”

One feature of the reforms is especially attractive in resolving the problems we face as we try to negotiate our exit from the EU marriage.  This is the period of reflection set between deciding to divorce and the final moment when the marriage ends.  This pause allows couples time to reflect on the decision: in the words of the government (https://www.gov.uk/government/consultations/reform-of-the-legal-requirements-for-divorce), to make sure that the decision to divorce continues to be a considered one, and that spouses have an opportunity to change course.

At last some common sense.   In a divorce, we do not expect the ‘will of the couple’ when they file for divorce to have to be delivered even if they change their mind.    They can look into the practical realities of what their divorce would mean and can decide to make a go of their relationship.  Many do.

And that approach to divorce could be applied to the Brexit process.

Now we know more and more of the reality of what Brexit means, we need a chance to reflect on our decision.  Once the final deal is agreed and before we end our EU marriage, we need a People’s Vote to decide our future.