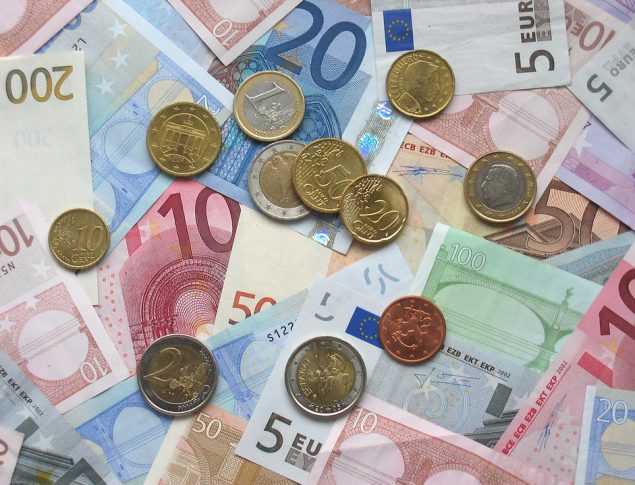 I wear blue jeans almost every day. Being a gardener, spending a lot of time weeding my vegetable patch, my jeans get worn out at the knees within a year or so and I replace them with an intact and robust pair that will protect my tender skin.  Instead of demoting the old ones to become cleaning rags, perhaps I should sell them for a fortune on e-bay as rare genuinely work-distressed garments.

There is now a huge market for manufactured distressed clothes, created by carefully calibrated machines and artisans that make new clothes look old or damaged – with precisely-placed rips on the thighs or buttocks of jeans, bullet holes through t-shirts, or jacket collars that look as though they have been nibbled by a rat. While some people distress their own brand-new clothes, many are happy to shell out even hundreds of pounds to buy pre-damaged garments sold by the big brands of the fashion industry.

A few days ago, I asked a 15-year old boy why he distresses his jeans. He thought for a while before saying that he supposed that it was because it was “fashionable” and because his friends did it. One commentator claims that people do it to “foster the illusion of work”, while another writer goes as far as saying that pre-ripped garments provide “a costume for wealthy people who see work as ironic”. I see it as a deliberately visible but fairly harmless way of signalling personal dissatisfaction with the norms that society imposes on our daily lives. Like purposefully dishevelling one’s hair, it is a means of asserting one’s non-conformity and claiming that one deserves special attention.

The problem arises when such non-conformity, rather than being allowed to remain a symbol of individual idiosyncrasy, is nurtured and fanned into a collective disrespect towards the institutions, laws, conventions and norms that have grown up over many years to foster a sense of common decency and mutual respect, to protect the rights and freedoms of individuals and especially minorities, to prevent crime, and to foster truthfulness and trustworthiness.

One of the most curious aspects of the present crisis facing Britain is that we have never had any serious dispute with the European Union since we joined on New Tear’s Day 1973. I suspect that it is also true that very few UK citizens can point to specific cases in which their own lives have been blighted by EU regulations. Yet, in a few months in 2016, a majority of voters was persuaded through a skilfully orchestrated campaign, backed by the massive use of social media, to call for us to leave the Union. “Take back control” and “regain sovereignty” became powerful rallying calls, even though there no evidence was put forward by the advocates of Brexit to show that we had lost any control or forfeited significant elements of sovereignty.

Lots of voters were – and continue to be – rightly disaffected by their lack of self-advancement and were easily persuaded to blame this on “the bureaucrats in Brussels” and the influx of European migrants.

We are now in the contradictory situation of having a prime minister who, having called on us to uphold British sovereignty, seems to be intent undermining – or simply avoiding – scrutiny by parliament (the locus of British sovereignty) of his immensely damaging proposals for leaving the European Union without a deal.

What is evident is that. in this age of distressed jeans, it is much easier to drum up popular antipathy towards the public institutions – whether international or national – that shape our lives rather than to persuade people to acknowledge and defend their generally benign impacts.

The greatest danger now facing our country is that our new prime minister, driven less by his beliefs – if he has any – than by his personal ambitions, will knowingly lead us (and our children and grand-children) into a deeply self-harming future. The most obvious sign that this is his intention is that, having happily approved the use of billions of taxpayers’ pounds to finance ‘no-deal planning’, he has appears not to have given the slightest thought to the nature of the long-term relationship that he would like to see with our European neighbours. Without such a vision, he is bereft of any basis for successfully negotiating any deal with the EU.

For the past 3 years the Conservatives have failed to make a convincing response to the result of the 2016 referendum. If only by prolonging uncertainty, this failure has already done immense economic harm to our country: it has undermined the respect that other nations hold for us; it has fostered deep divisions between people who have happily coexisted in the past, and it has put at risk the integrity of the United Kingdom.

We are now engulfed in a national crisis of unprecedented proportions which has been created by the present government and from which it is patently incapable of extracting us. It lies within the reach of MPs who are opposed to a no-deal Brexit to defeat the government in a no confidence vote that would sooner or later lead to either a general election or a referendum.

The opposition has also wasted the last 3 years through its indecisiveness and its failure to engage in a well-orchestrated campaign to convince voters of the real benefits of staying in Europe. There is an urgent need to talk with them frankly of the dangers associated with any Brexit but especially with a ‘no deal’ outcome and to argue that it makes common sense to continue with the status quo at least until there might be a genuine breakdown in our relations with other EU nations rather than a fabricated dispute.